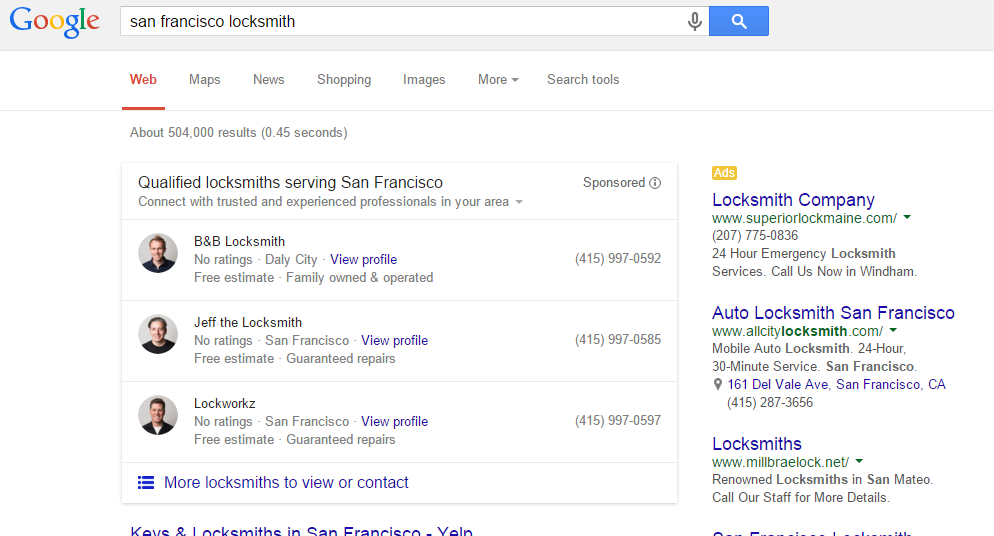 Pete Meyers of Moz tweeted a screenshot of the test on Wednesday last week (29 July 2015).

Home Service Ads are ad units that connect home-service providers such as plumbers and electricians to searchers. This means that the electricians will get the lead directly from Google. Ginny Marvin at Search Engine Land posted a very comprehensive review of these Home Service Ads, and got more data from Google about this change.

Google provided this FAQs about these ad units and I believe this will change over time as Google learns what users want. We are living in interesting times.