It’s less than 13 hours before we enter a whole new year, and given how much of 2016 has been marred with controversies (the crisis in our Universities, schools being torched in Limpopo, Guptagate, Pravin Gordhan and the NPA, Muhammad Ali and…, the list is endless – many of us can’t wait for 2017 to begin. Among those impatient for the year to end, are these colourful netted balloons at Google watching the clock – jumping around in anticipation, urging the clock to move faster. 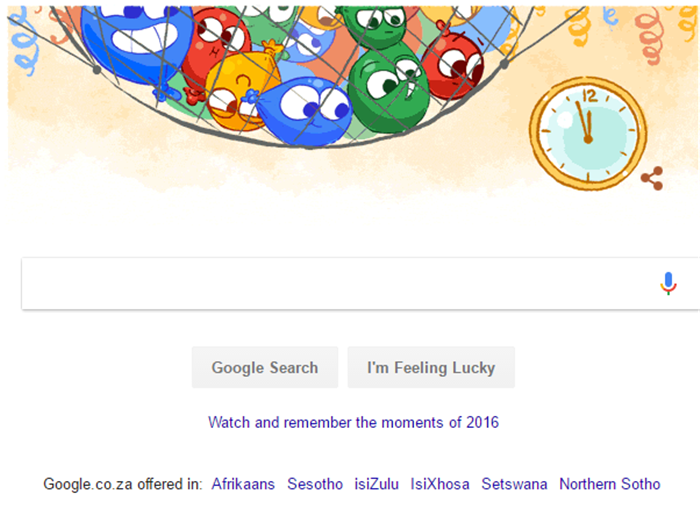 The feeling of anticipation for the New Year is not a new phenomenon for the team at Google. Last year’s Google had five birds wearing Google colours birthday hats and waiting for the 2016 egg to hatch. The egg finally hatched on the 1st of January 2016. We’re all watching the clock tick!