Companies that ignored Mobilegeddon are paying the price

According to the Adobe Digital Index (ADI) report, Advertisers that didn’t pay attention to Mobilegeddon are paying higher prices for less clicks on mobile search. The report revealed that poorly planned mobile strategies are not only hurting advertisers but Google itself. Companies that were not adequately prepared for Google’s mobile friendly update lost as much as 10% of organic traffic in 2015 Q2. 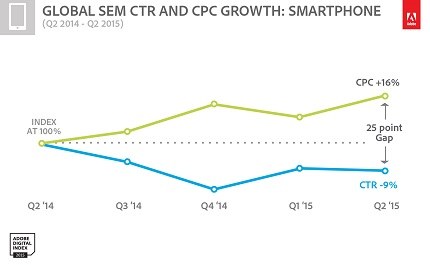 In an effort to win back this lost traffic, brands opted to Paid Search ads, but unfortunately soon discovered that they were getting this traffic at a higher cost which essentially meant receiving less clicks.  The Adobe Digital Index shows that Google CPCs have increased 16% YoY while CTRs dropped by 9% in Q2.

Joe Martin, an Analyst from ADI describes a phenomenon called Click Inflation, whereby “advertisers have to spend more just to stay even”, and thus stretches marketing budgets thin. The strategy to use Paid traffic to receive lost organic share is thus not sustainable in the long run.

Facebook is easting Google’s lunch is Display because Google is not getting as many clicks out of global display ads as anticipated.  The report found out that Google has seen a 3% decrease in actions on the Display Network when compared to Facebook’s 11% increase in the same period. Facebook’s strategy of showing fewer adverts to mobile users, as well as more ads in the newsfeed has paid off as they are seeing increased engagement on ads.

The number of actions that users take on Facebook has increased by 11% and as a result, CTRs have nearly doubled when compared with what they used to be before the change.  It looks as if Google is losing ground as the number one marketing vehicle on the Internet. To make matters worse ADI discovered that users believe that Facebook display adverts are more relevant than adverts on the Google Display Network. 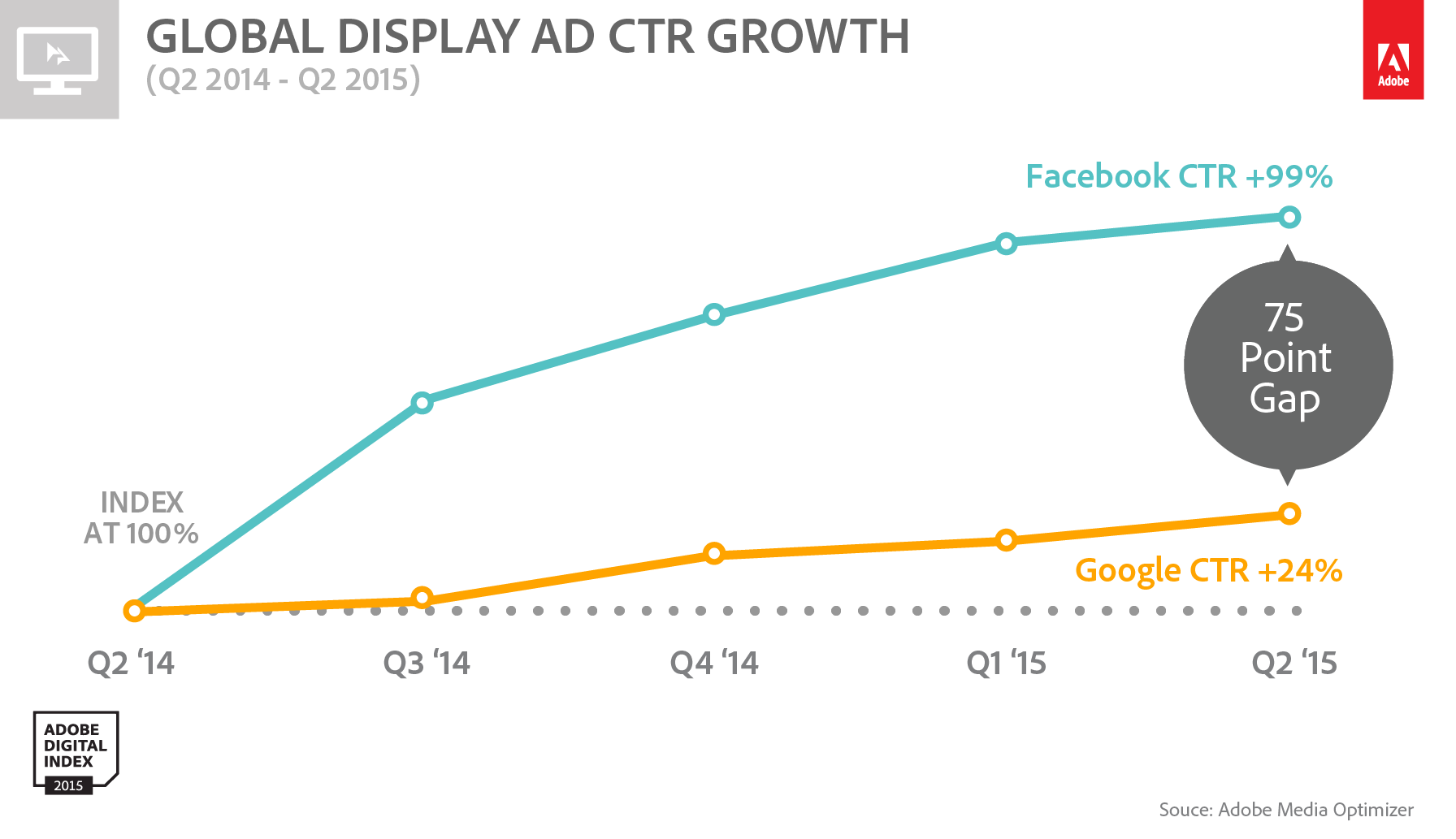